RPS : some collective workshop about PFC

Right before having twenty artists joining us during the week before starting PFC next week-end, we started some class here at MCAD ; it’s called RPS, and we’ll let you try to figure why, Sherlock.
Thirteen students decided to give our french action a little try, and jumped both feets into the depths of the “under-constraints-collective-cartoonisme-creation-or-something-like-that” topic.
Today was their very first day, and well, what can we say ? That it was a blast. Tons of productions, many exercices already started that goes more than pretty well, and some real nice new collective and narrative project that we’ll speak about soon… We can already see some great artists there, among thos students in comic art, illustration, fine art or animation.
Before that : a few pictures of the effervescency (you got to think that the room was empty, as for the walls when we all get in at 9 am…).
And once again, thanks to Barbara Schulz for making it happening again ; as for Jaime Willems, Mandie Brasington and also Nikki Ivanovsky-Schow. 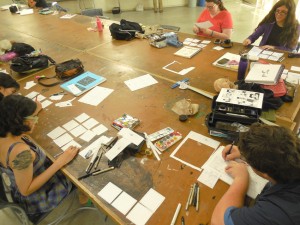 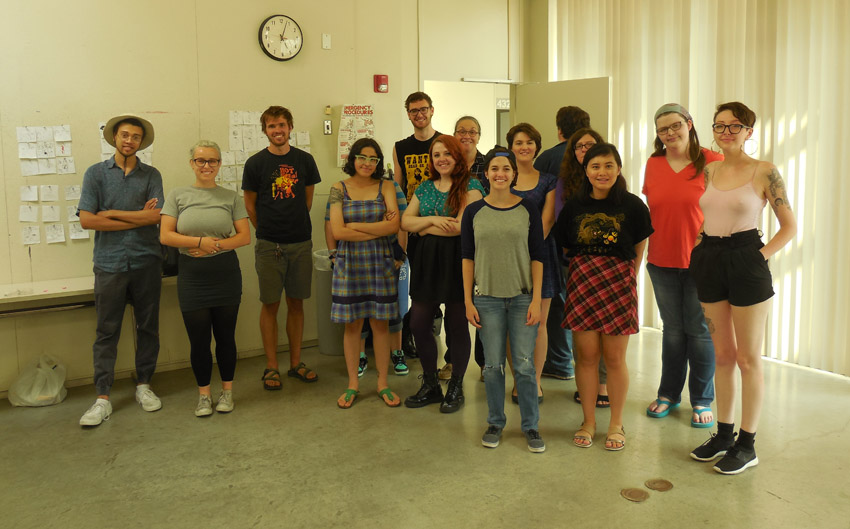 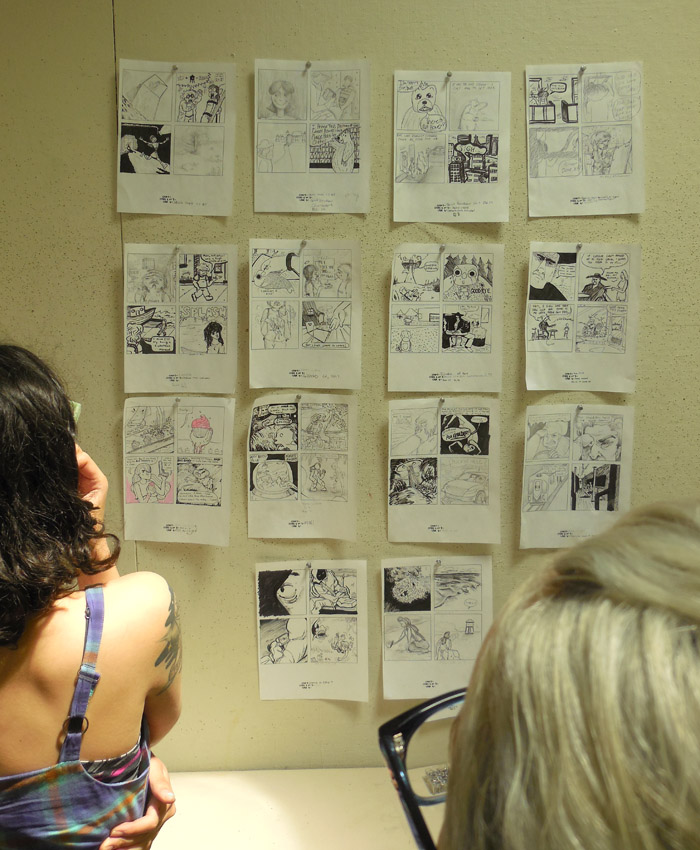 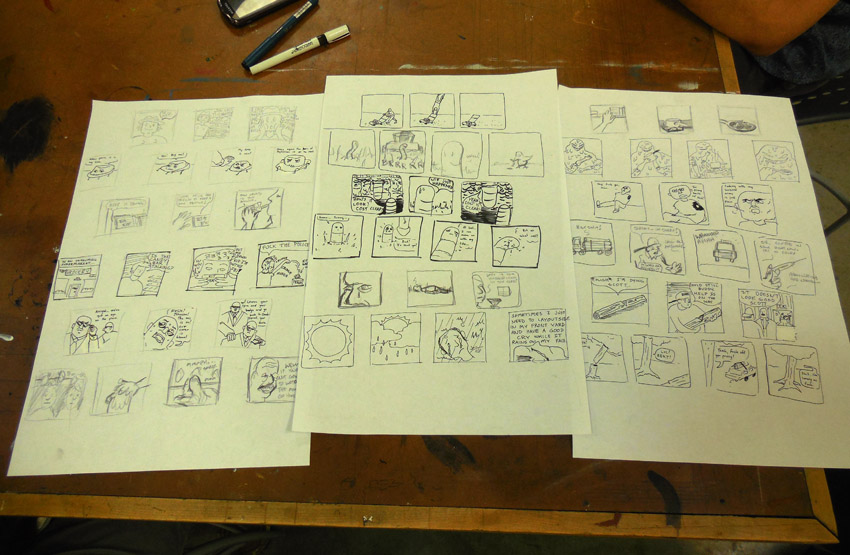 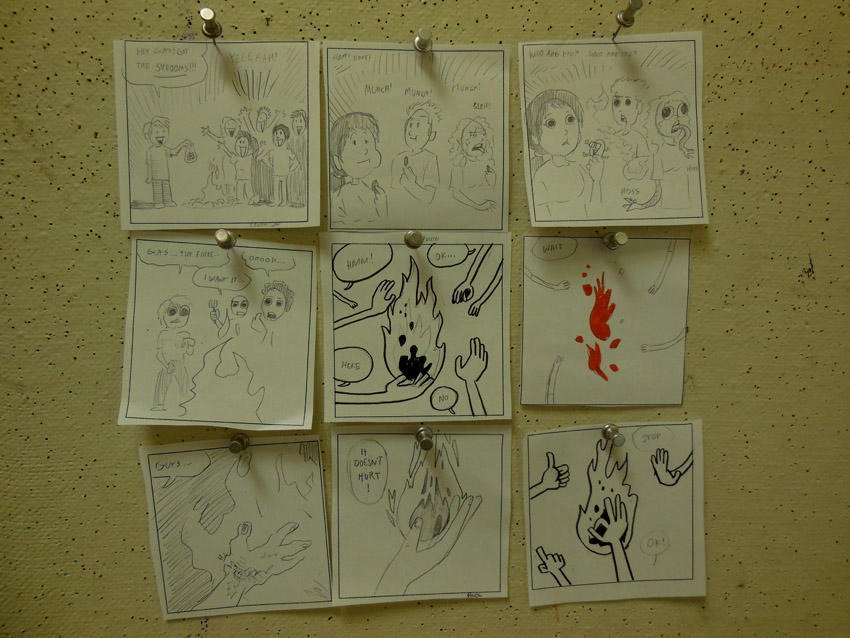 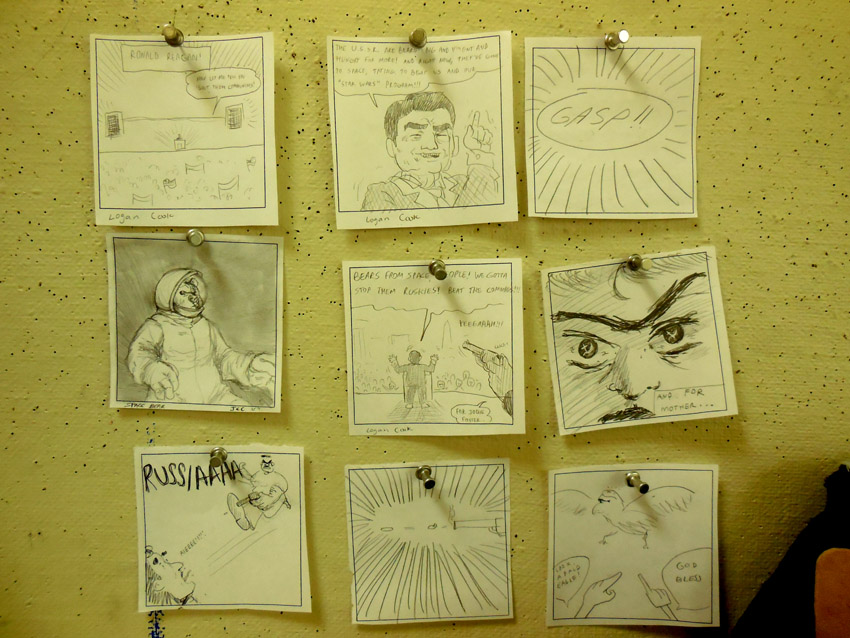 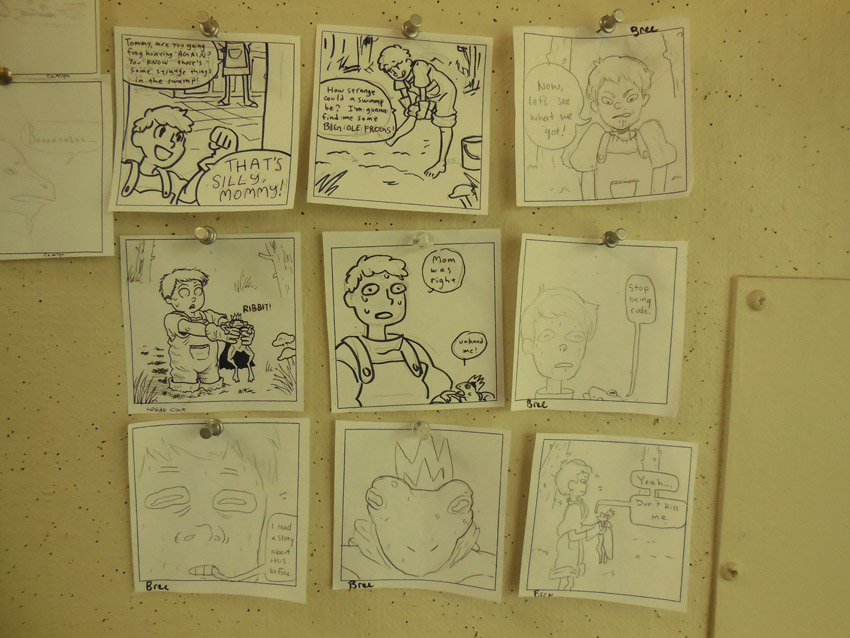 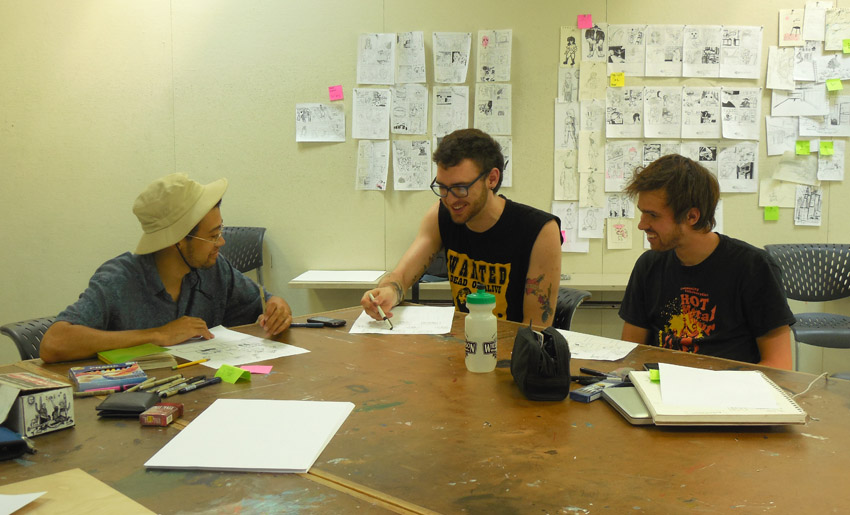 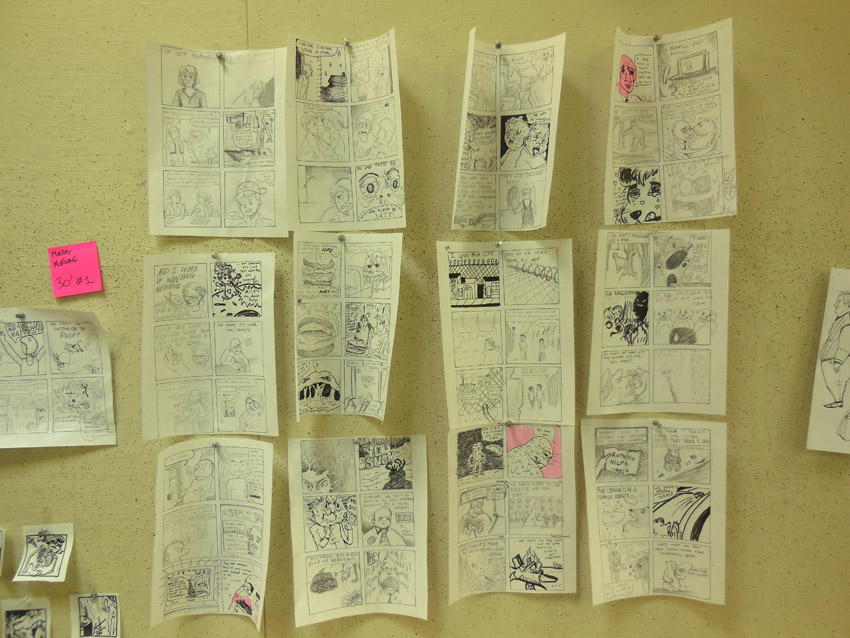 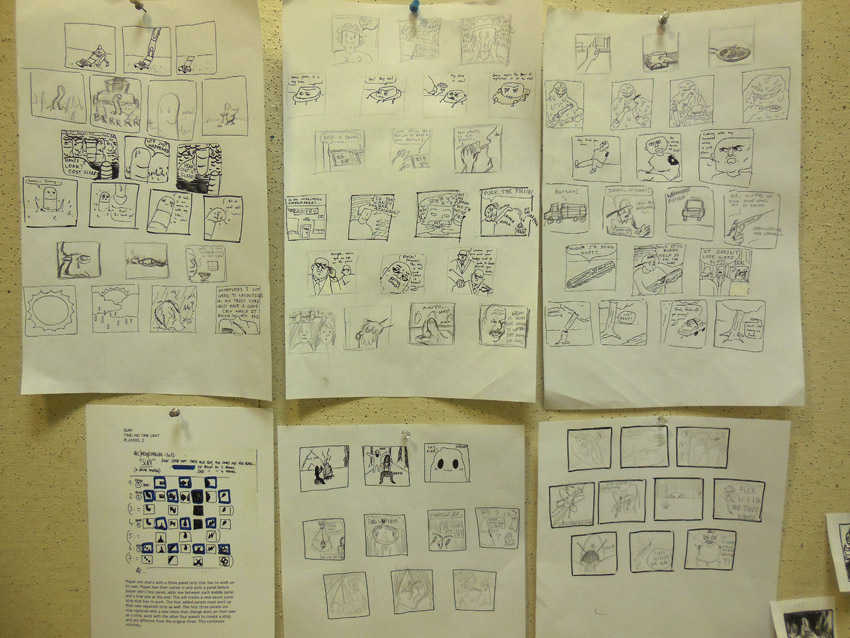 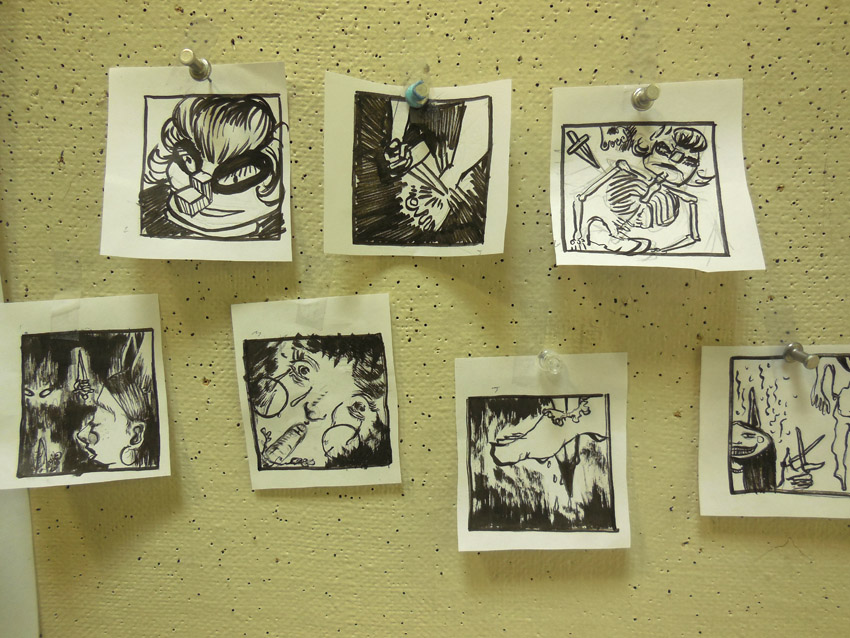