The residency hasn’t begin yet and…

Saturday, August 10, 5 am – Paris Charles de Gaulles airport – Sandrine Martin, Pierre Ferrero and Jean-Christophe Menu are already working on a project.
Sandrine proposes to start a collective diary and JCM proposes to write a story with the following constraint : they’ll have to use all the cars appearing on his berliner notebook… they’re on it !

A notebook with cars on its cover and JCM gets an idea! 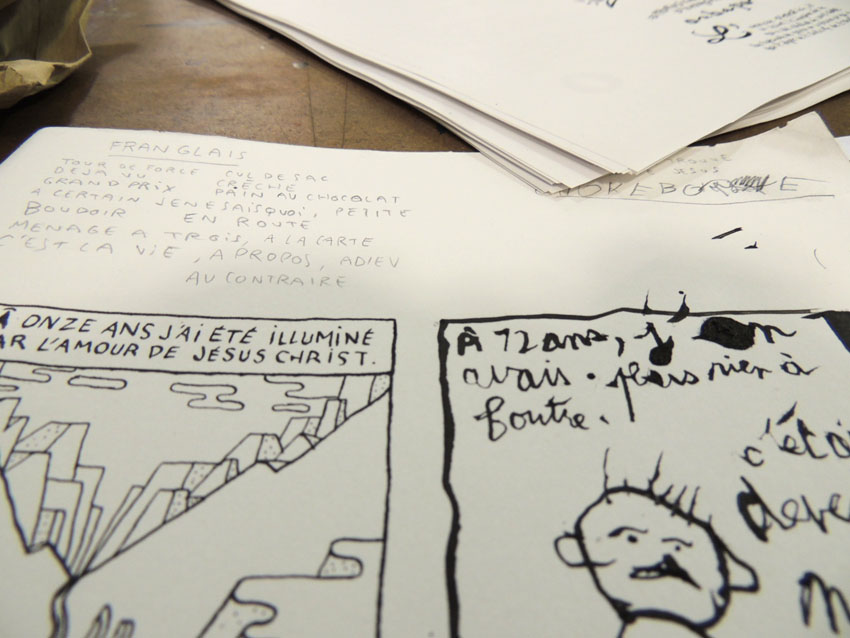 5am in France… On this pic, Pierre Ferrero and as a guest, Charles Papier.