Charles Burns and Sammy Harkham have a chat with the students

After various meetings with some europeans authors as well as with Aidan Koch and Josh Bayer, Charles Burns and Sammy Harkham finally shared a couple of hours with the students of the workshop.

Charles and Sammy told the students about the steps of their career and tended to give them advices. They shared pieces of their inspiration : Charles told us how much, as a child, he admired Tintin and the way these books infused his own work ( including the most recent : for instance, he created numerous false covers of the adventures  of his “Nit Nit”). He also said  how interested he was in the drawings in romance magazines. Sammy  explained his work as an editor (amongst other things, he’s the source of Kramers Ergot, great collective anthology) and he also mentioned the good job of french printshops and talked about the bookshop “Un Regard Moderne” in Paris ! Some of the students of the workshop studying animation, he finally talked about his job as a film director.

They highlighted the fact that to be a unique and independent artist meant being able to stay free from public opinion and trends of publishing. 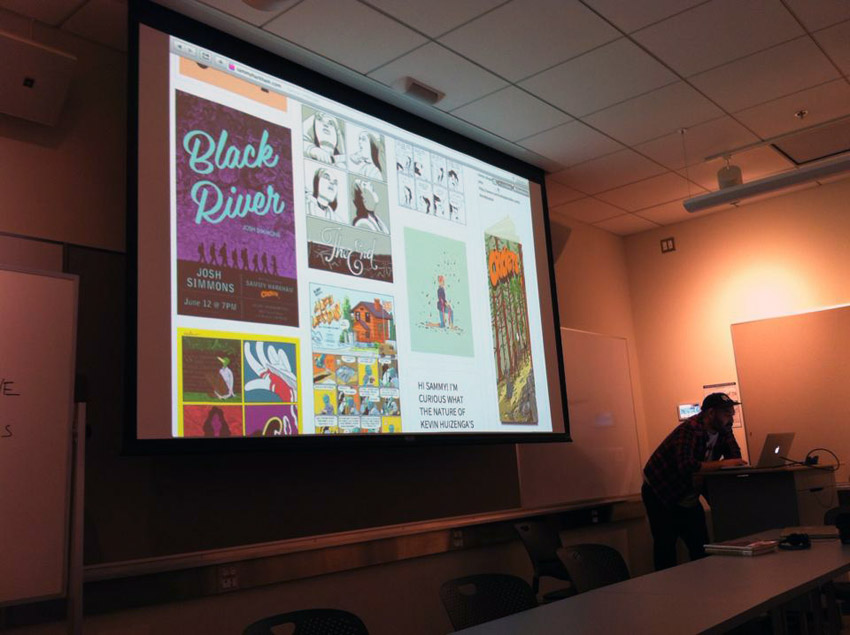 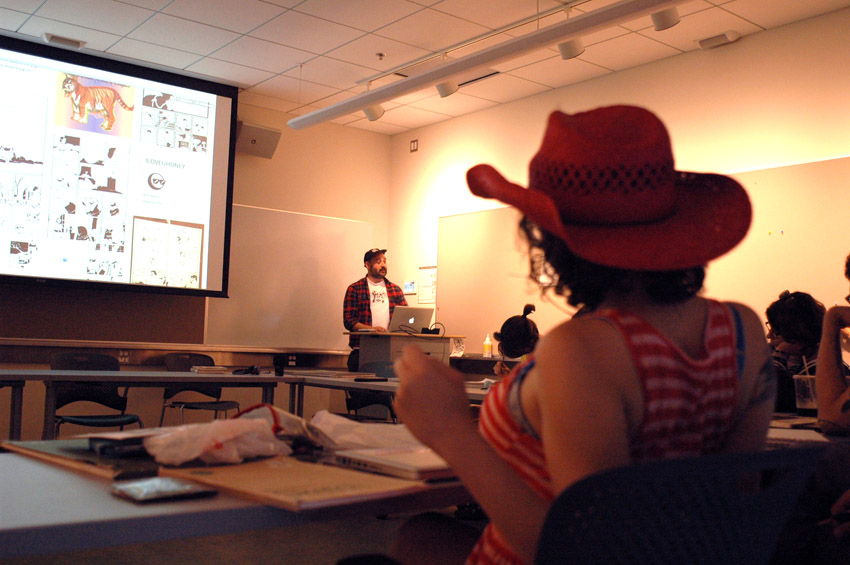 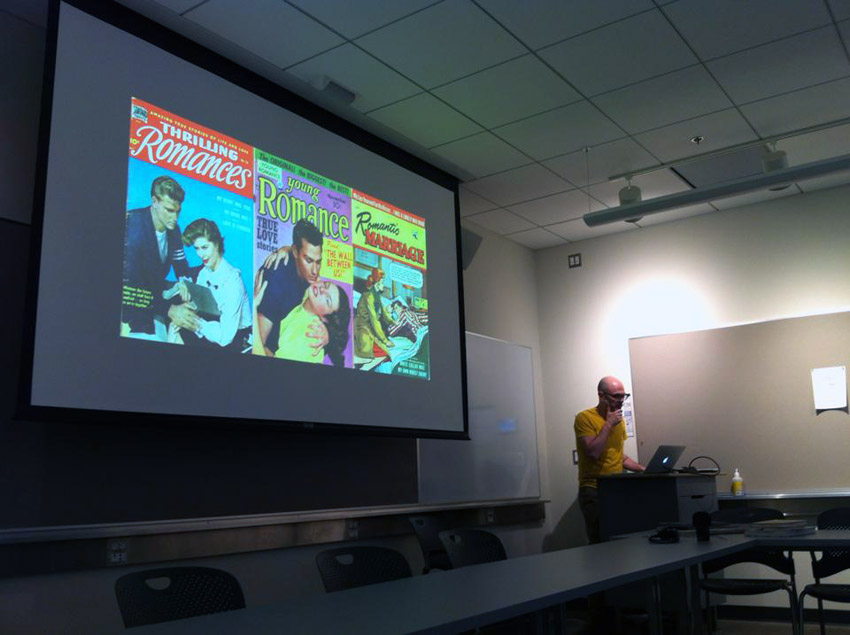