Please check the french version for more infos about this note.

It’s been several years that Aurélien Jeanney (alias Flying Pou7), graphic designer and video director in our green lands, has never been far away from the turmoil caused by each new Pierre Feuille Ciseaux.
Last October, while giving a hand at the Usine where he has become familiar with destroying All Over’s silkscreen printing studio equipment with a genuine enthusiasm, he had brought his video recorder. Three months later, the result is a short video composed of a few images gleaned here and there while racing against the clock.
Obviously, this is not an exhaustive video catalog of what Pierre Feuille Ciseaux#3 has been, but rather a souvenir made of moving images. The association ChiFouMi thanks him for that (and actually invites you to poke your nose into the whole of his dense work).

The music, moving as well, was made by Zak Sally, one of the American cartoonists invited during the third residency.
Once more, we invite you to read his books (he’s La Mano’s boss, a publishing organization ‘invisible since 1992’) and to listen to his music (his solo work is available from Sub Pop).

To make it short (and it’s not that easy, so here is the world’s longest article you’ve ever seen!)

It’s been one week that the residency is over and surely, we are not the only one still having our heads stuck in this cloud named Pierre Feuille Ciseaux #3. Not to be exhaustive (which is impossible regarding the amount of events that happened this week) we’ve made a short record of the event and it’s making of. 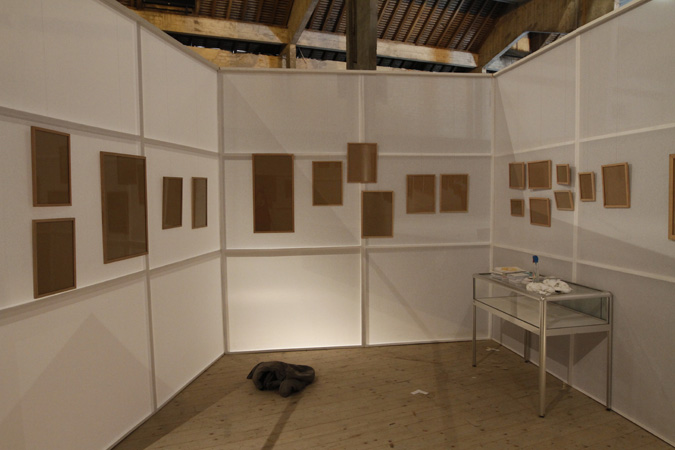 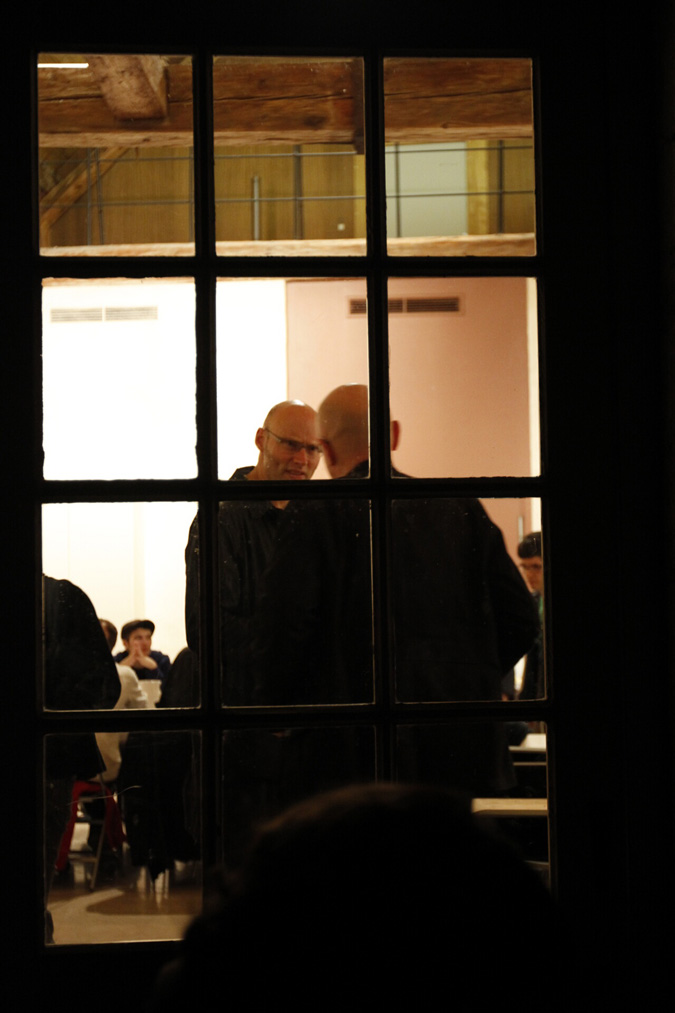 The residency is over, but there are still many things to see

Although the residency is over, some cartoonists still participate in meetings organized this week in various bookshops in Franche-Comté. Tonight, it will take place at the Sandales d’Empédocle in Besançon.
You can come and talk to Sarah Glidden, Zak Sally and Anders Nilsen at 10.45 pm.
Just before, at 6 pm, the opening of “The Lost & Found”, Anders Nilsen‘s retrospective exhibition at Seize OGS.
Don’t hesitate to come and see, especially if you didn’t manage to come at the Saline this weekend. The exhibition is running till November 17. 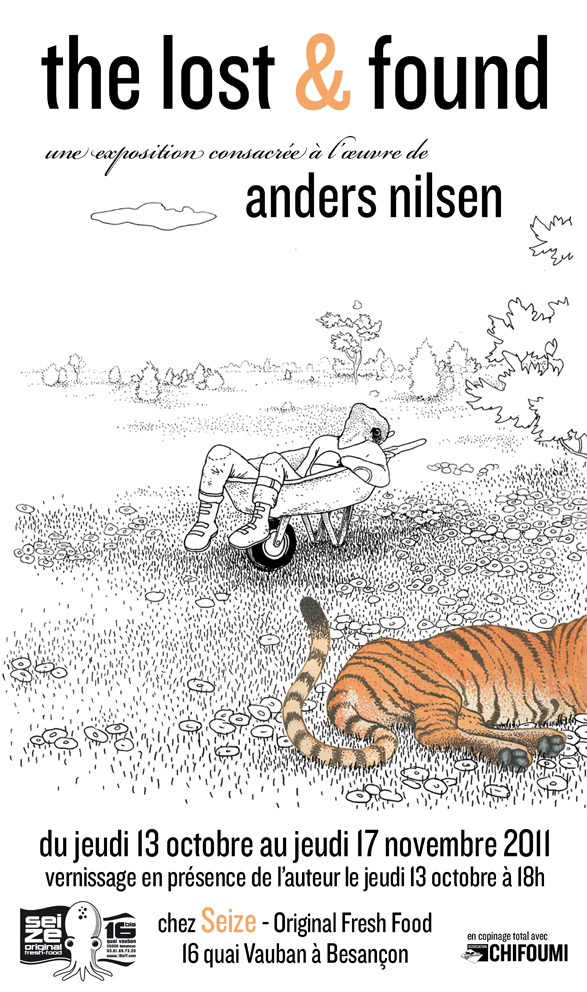 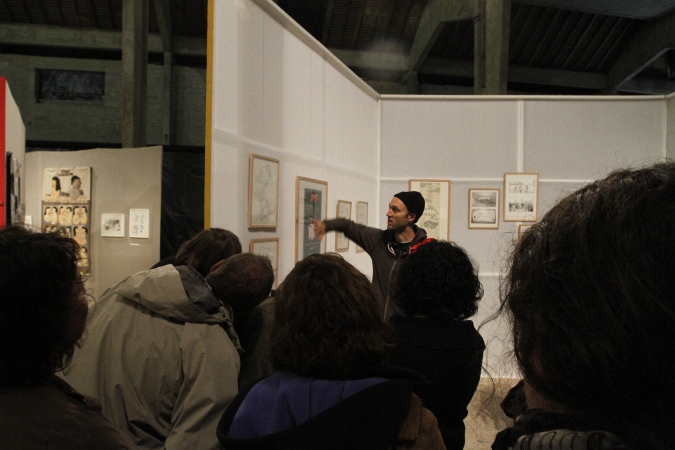 Guided tour of The Lost & Found by the artist Anders Nilsen. 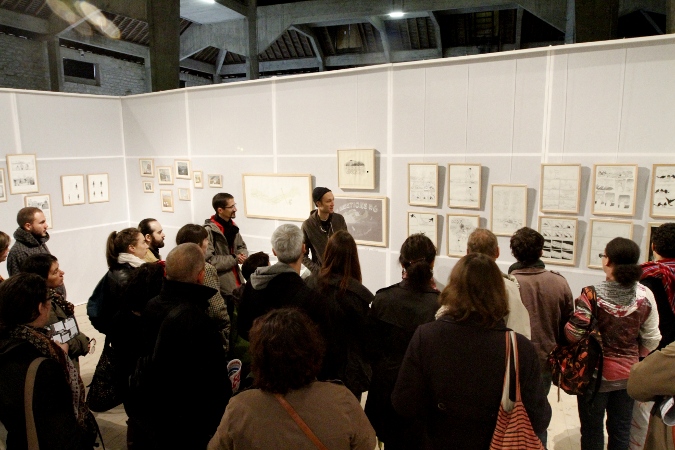 The Saline, reshaped as an island

This project initiated by Zak Sally is an island map where the cartoonists have pinned up bits and pieces of stories in interaction with reliefs and drawings already hung up. There is no reading direction, which offers numerous approaches of a same story. 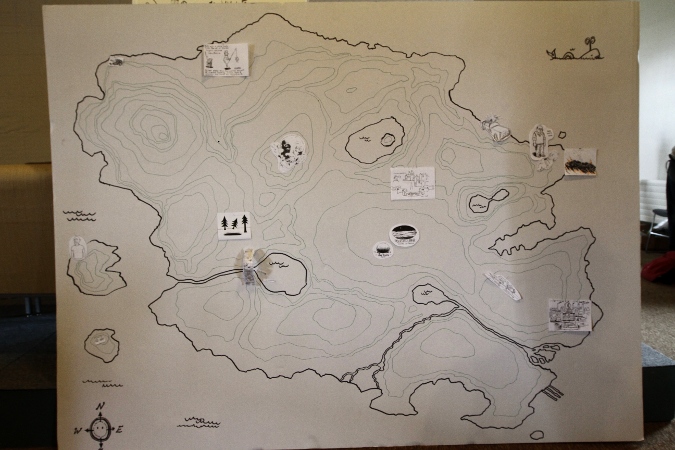 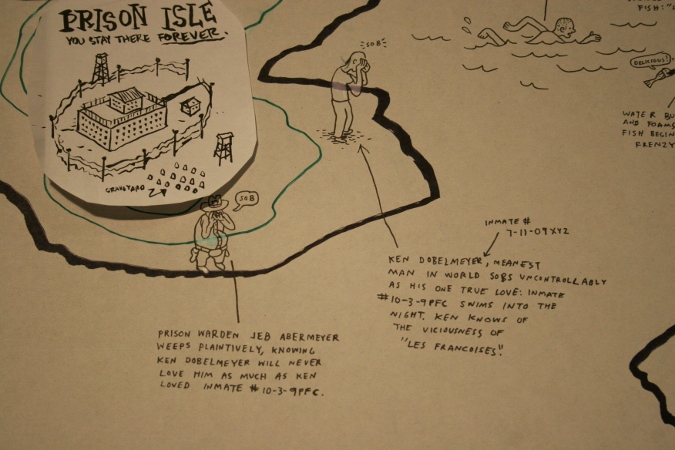 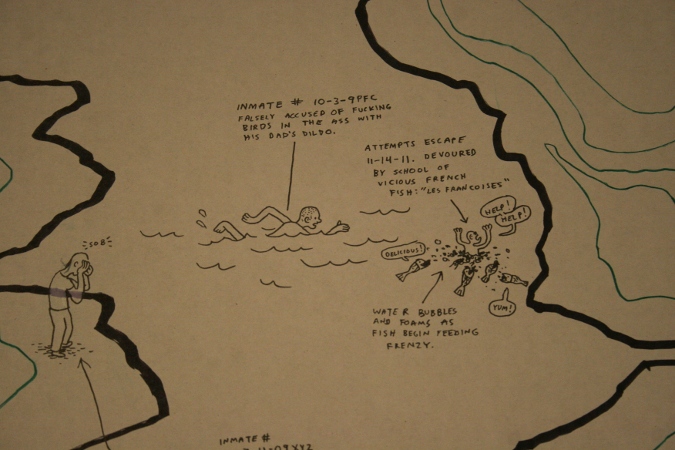