Take a group of 3 cartoonists, and a sheet of paper with 6 blank frames. Each of them has 5 minutes to draw a first frame using the first person ‘I’. Then give the sheet to one of his pairs next to him and take the sheet given by the third one to draw the second frame using the second person ‘you’ and so forth till the 6th frame.

Today there was an additional difficulty (HA HA HAA!): the language barrier. Each group included at least one non-French speaking cartoonist. This morning, some strips were thus written in two or even three languages. 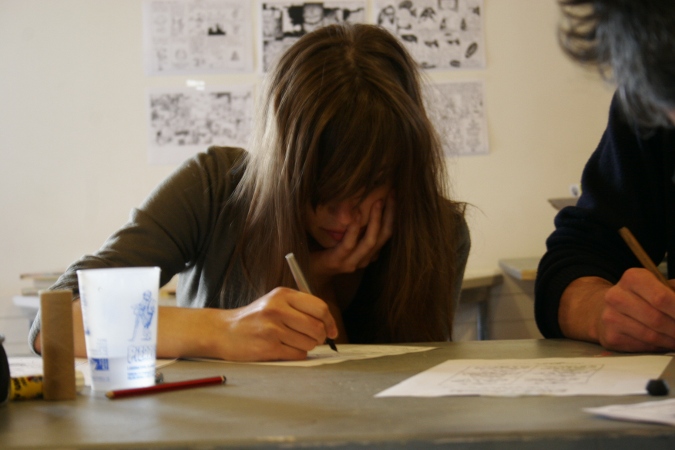 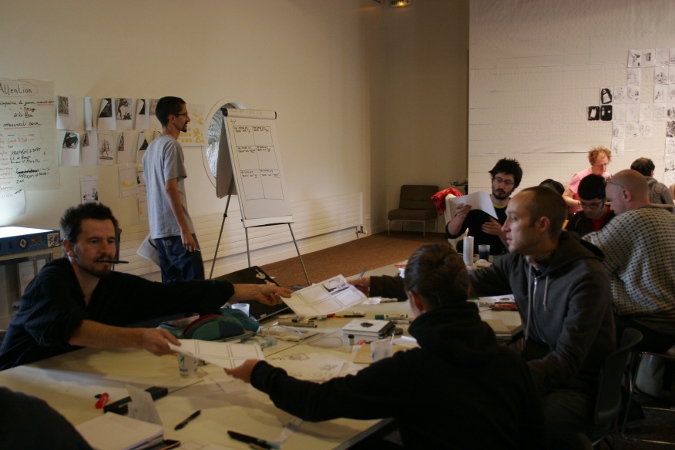 L.L. de Mars, Anders Nilsen and Alice Lorenzi (back) are switching the exercices ! 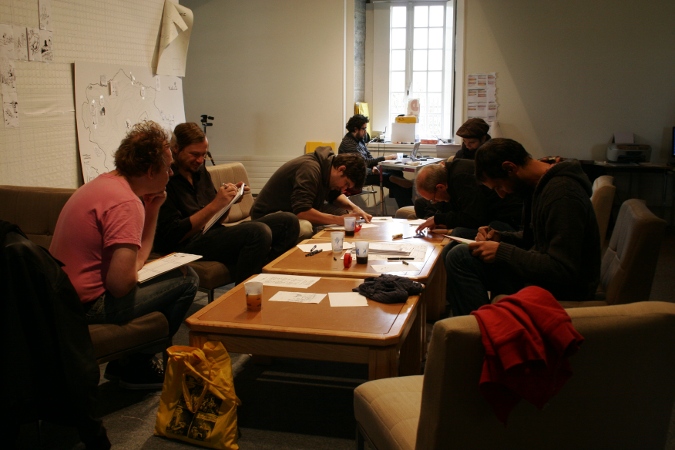 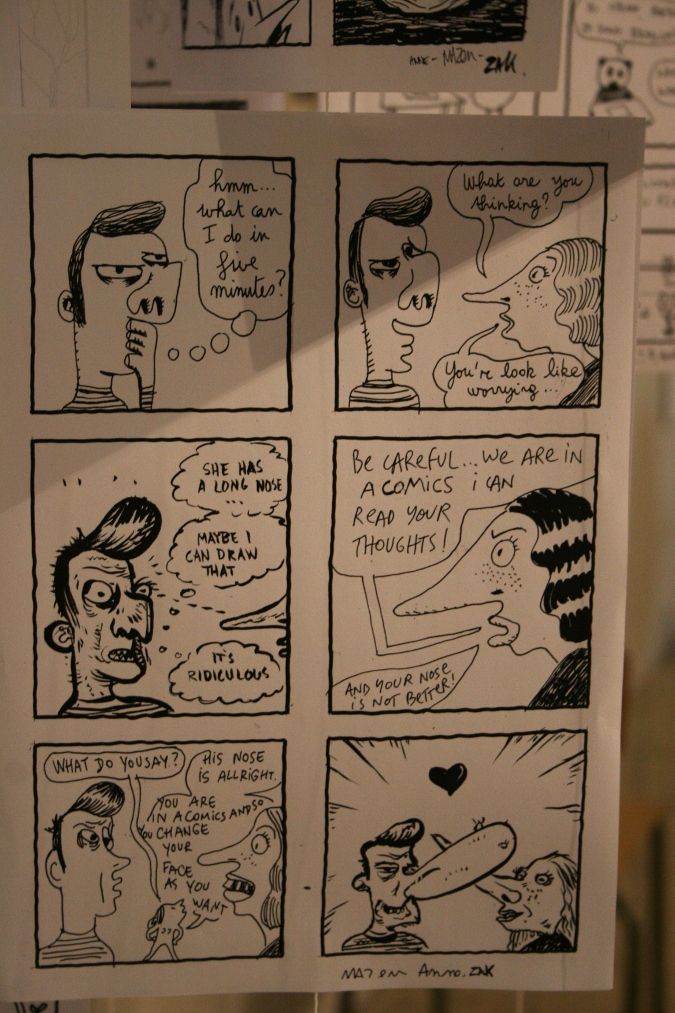 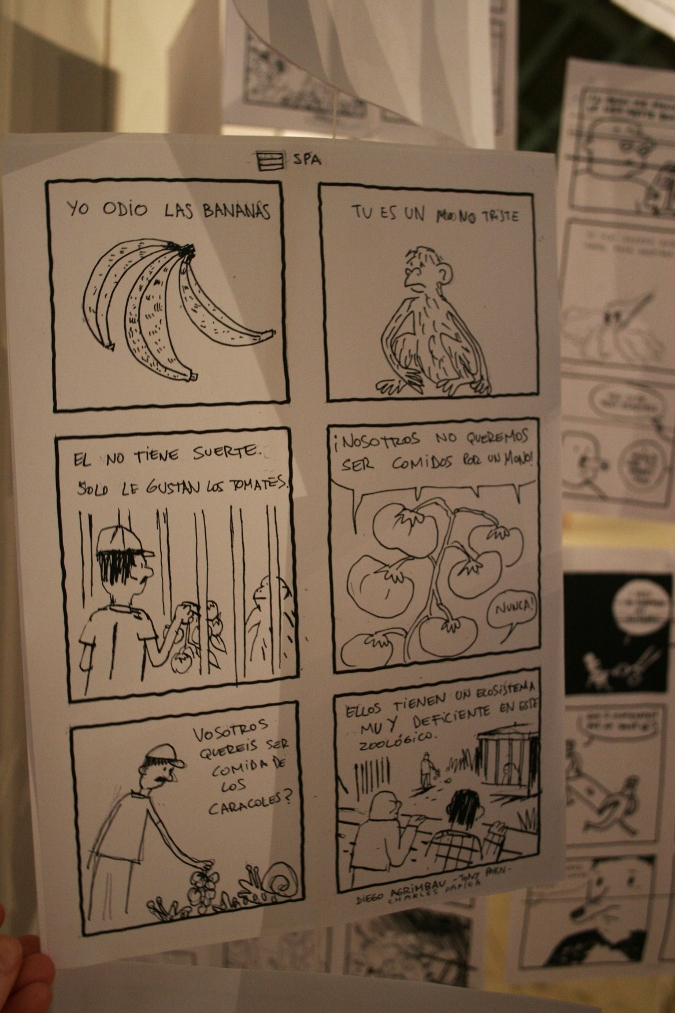 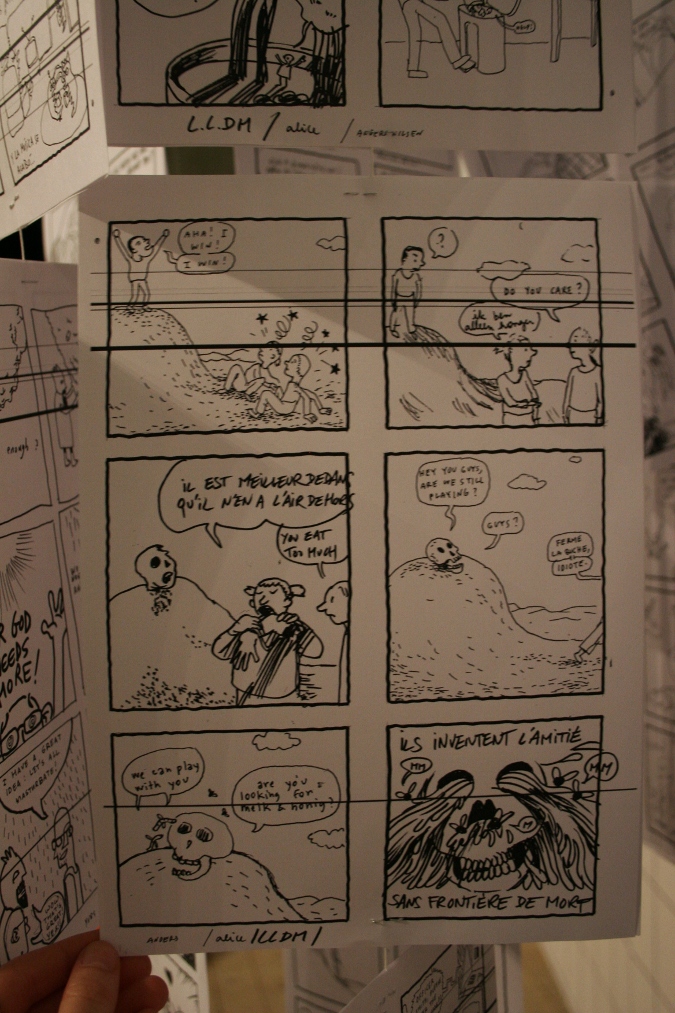 All exercices will be dispatched online occasionnaly, but before that, you can come and try it by yourself ! There will be more 30 minutes sessions this very week end.